Due to changing technology or legislation, the objects around us change. They become obsolete or are improved. Often this change does not concern the entire product, but just one of its design features. Most of these features are just scrapped from the design, but some manage to survive as they have surpassed their mere functional origin. They have gained a cultural value. When such a feature in a design is still present, even though its function has become obsolete, it is called a skeuomorph.

This installation shows a collection of skeuomorphic objects. But also items that are in the process of becoming skeuomorphs, and speculative items that could be the skeuomorphs of the future. The items in this collection show the different design approaches that designers can have towards skeuomorphism and asks the question: how to design in an authentic way in regards to the functional origin? Do you choose to erase the feature from the design, neglecting the cultural value it has gained. Do you keep it the same way it has always been, faking a function it no longer has. Or do you re-design the skeuomorphic aspect as an pure and obvious ornamental feature within the design. This last approach allows the object to mutate further as a mere ornamental feature, distancing it to a point that its functional origin will become lost completely. Would this mutation in fact be the most natural and authentic way for these design features to develop, or should designers still strive for holding on to the functional origin?

I explored this last design approach in a speculative scenario, see the project >> skeuomorphic cabinet 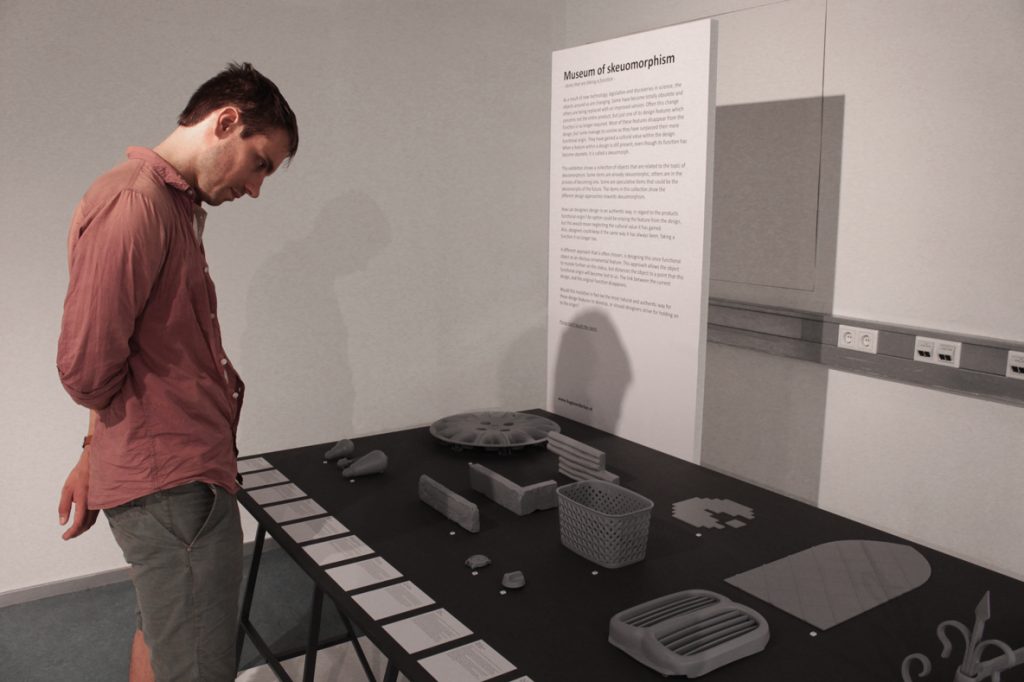