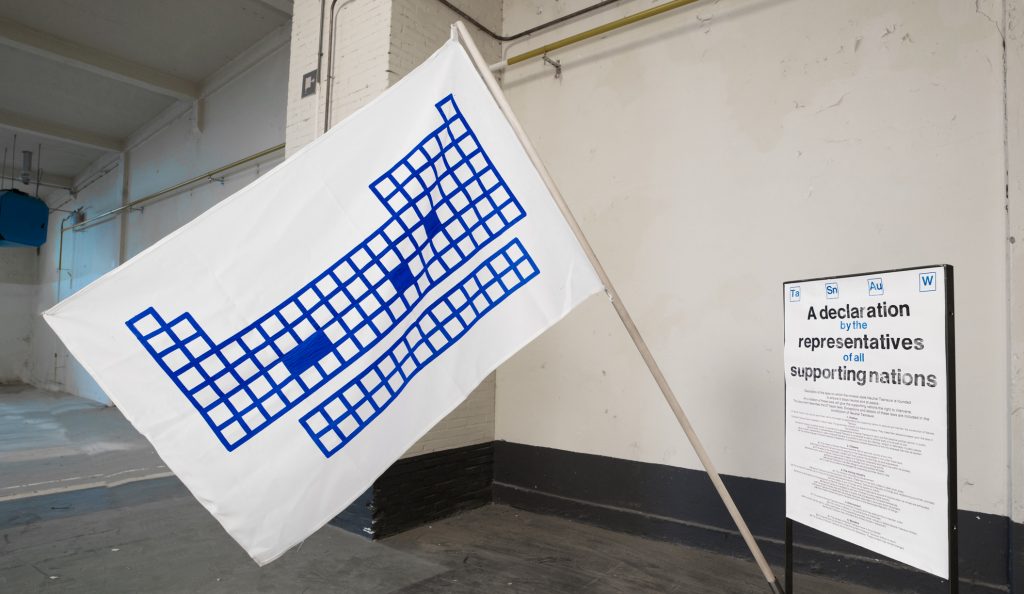 In 1816 was the founding of the small independent state “Neutraal Moresnet” the solution to prevent a conflict between the Netherlands and Germany concerning a zinc mine on the border. Could a similar neutral zone be created in the conflict area in eastern Congo and neighboring countries? For over 20 years the conflicts in this region due to its resources has cost millions of lives and resulted in a big migration wave from the area.

I visualized this concept by designing a flag as a visual representative of this neutral, mineral based zone. The flag doesn’t depict any cultural icons or symbolic colors that favors one neighboring nation above the other. On the white flag the elementary chart is depicted with four filled spots that represent the resources that are found in this neutral zone. The name of the zone: Tasnauw, is made up of the elementary chart abbreviations for these minerals: TA.SN.AU.W  Tantalum,Stannum,Aurum,Wolfram.

Disclaimer: The purpose of this project was not to redraw maps or borders but to research border and natural resource related conflicts in the past and present and conceptualize a “solution” in a visual way. 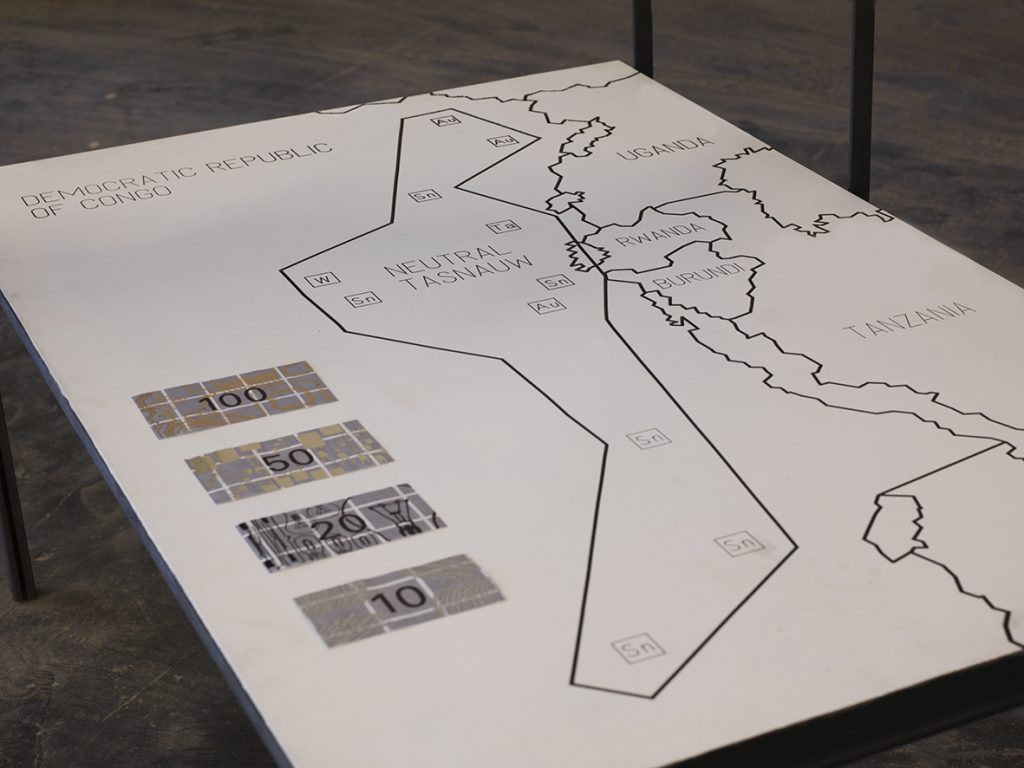 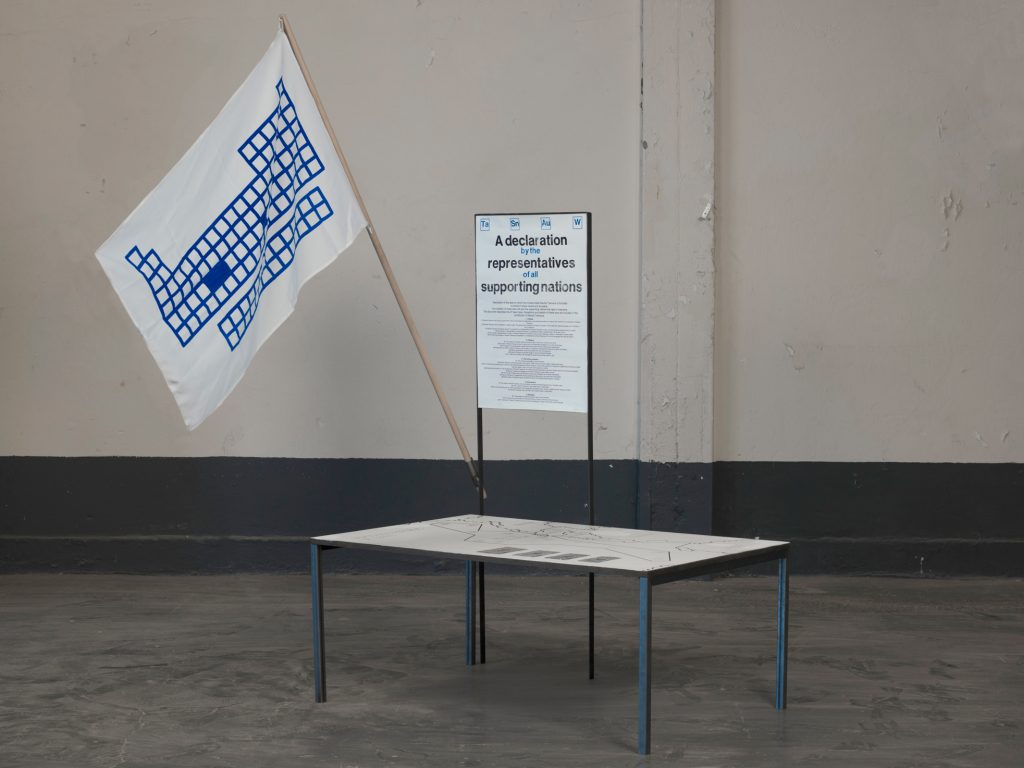