A skeuomorph is an aspect within a design that is still present, even though it has lost its practical function. Often these aspects have gained an iconic status and are therefore added to the design as a mere ornament

In carpentry there are many examples of skeuomorphism. Fake wooden joints are added by carpenters to provide their furniture with an ambiance of craft and authenticity. The aesthetics of these originally purely functional joints have become desirable and appreciated as decorative ornaments.
But how should designers approach these skeuomorphs? fooling people by adding fake wooden joints that appear to be constructional? Or should designers embrace the fact that these once functional aspects have become mere ornaments, and approach them as such? The design for this cabinet is a speculative approach of this idea, and aims to illustrate how once functional joints could mutated further into ornaments. These ornaments clearly show their purely decorative status. I used three wooden joints that have been widely used in the past, but have since been replaced by modern techniques. A construction, used in doors. A wooden wedge used to anchor a joint, and a comb joint commonly used in drawers.
By actually carving the shapes of these joints out of the wood, I amplify their ornamental status and show that they are not supposed to fake a real constructional purpose. 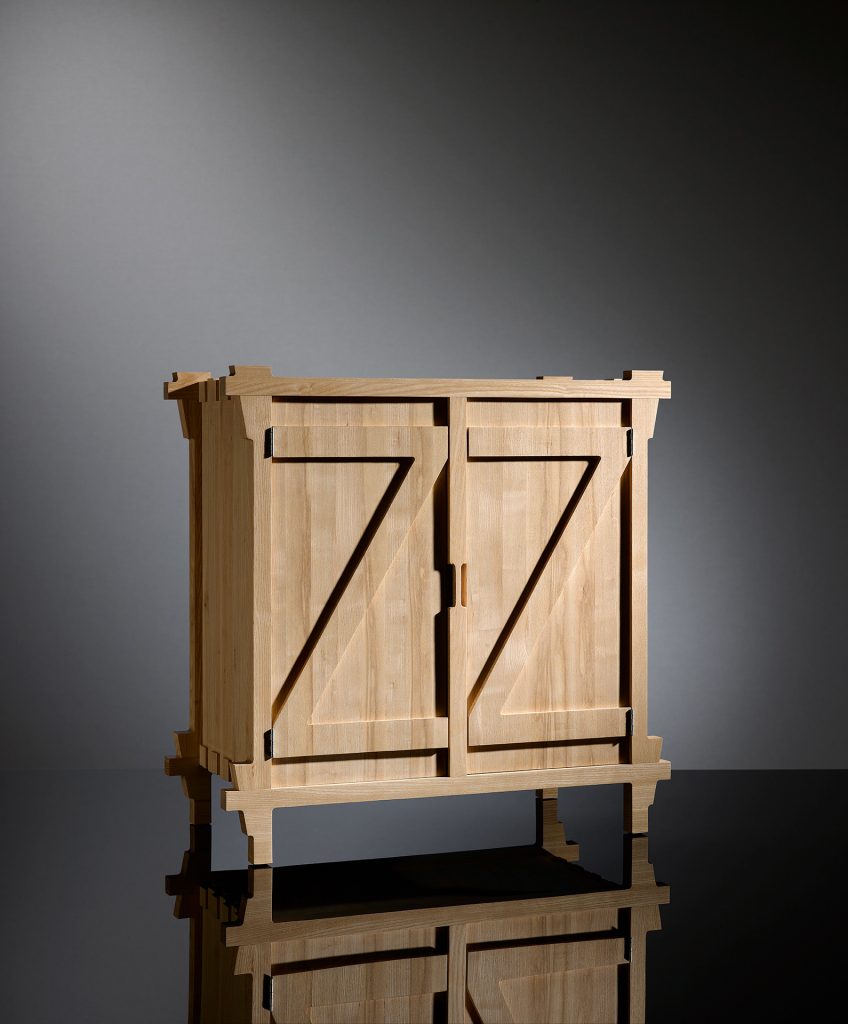